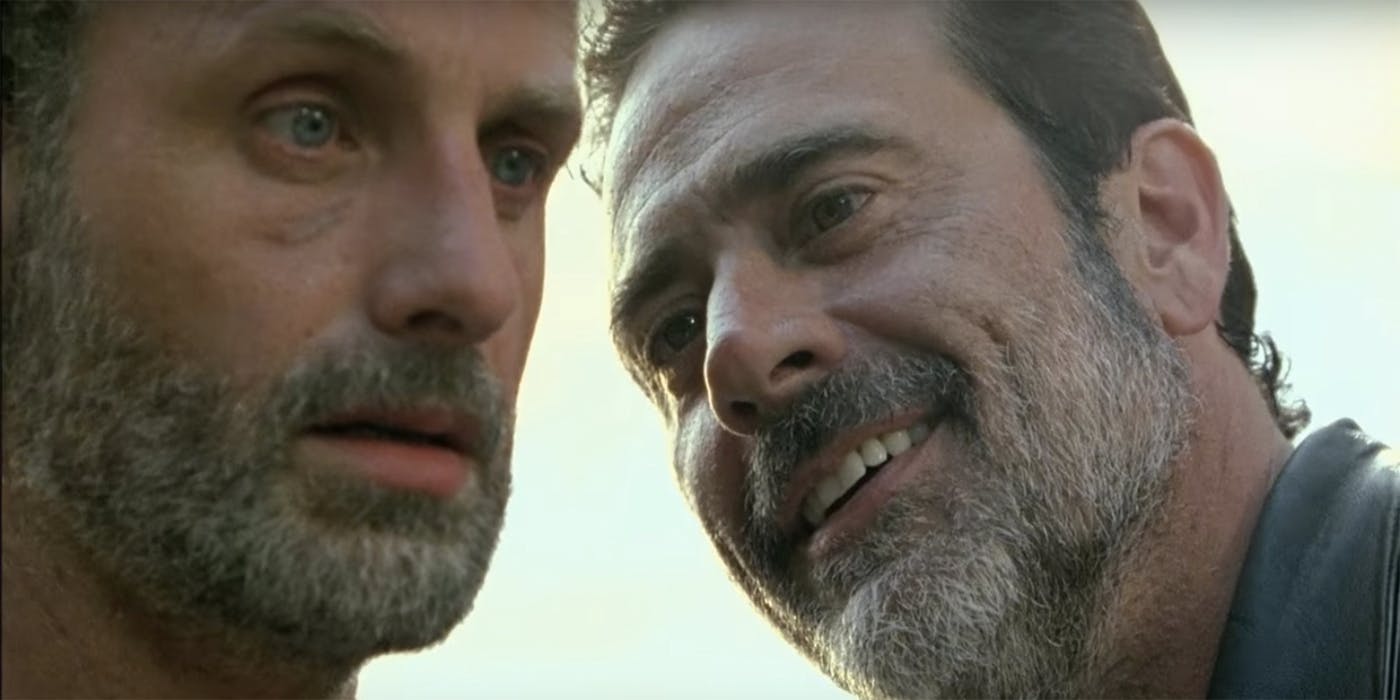 “The reports of my death are greatly exaggerated.”
~ Mark Twain

Some SPOILERS may abound below. Be warned!

The second half of season eight is upon us. Many have admonished the fact that the series has taken a more drastic turn is recent episodes. Many have lamented why a post-apocalyptic group of heroes would waste so many bullets shooting up all the windows of Negan’s Sanctuary in an effort to ferret out a surrender of the big bosses. Many didn’t like the unceremonious change in the cinematographic style of ep 801 with all of the heroes’ haggard and furrowed faces fading in and out of the screen. Some friends have stopped watching the series altogether, tired of waiting for the magicks of the early seasons to return. Even I couldn’t defend Rick and his band of survivors this season… and I love The Walking Dead!

The series has been fast-paced and gripping in its character development, storytelling, and walker dispatches. The early pace of the show set the viewers’ expectations. And, of course, we are a society more impatient with our television viewing—even with the advent of the DVR and binge-watching. We want it now—all of it now. Then we sink into a black pit of despair as we find that there are no longer any continued stimuli to occupy our brains that are hungry for more. Oh, what an irony that our brains hunger for more undead walkers while the undead walkers hunger for our brains!

There is a better way, but the better way is not, necessarily, the old ways. Just as Rick Grimes must find new ways to protect the people of Hilltop, the Kingdom, and Alexandria, TWD viewers need to accept new ways to watch the show. Most times, the same old television story formulas will quickly become tired tropes—although weekly procedurals have lasted the test of time for some reason. Educated watching consumers will come to expect the same results, come to expect the same endings, come to predict every outcome. Smart storytelling changes the equations so that each episode remains dynamic and proofs itself against easy foreshadowing. Plus, TWD faces another major obstacle. Its architectural blueprint is already available to anyone who wants to read it (and it has pictures!).

How difficult is it to keep a viewing audience engaged when many of those people are faithful readers of the source material comic? Answer, very difficult. Of course, we were all jazzed when a certain katana-wielding, pet-leading warrior of the wasteland made her appearance at the end of second 2. But, also, there is a rabid fan base for the crossbow-firing angel-winged Darryl—who never set foot on the black-and-white pages of any of the graphic novels. It is a difficult and fine line to delight (or appease) fans coming in from several media sources. I am sure that people are clamoring for Telltale Games’ Clementine to make an eventual appearance on AMC.

With viewership declining over the past few seasons, there has been new criticism for how the show had been developed cinematically and structurally in season eight. But, once you get to the second half of the season you will find that the styles and story the showrunners had implemented starts paying off in spades. In fact, if you binge-watch this season, you will realize just how breakneck the pace had been. This is the “All Out War” storyline, and it shows.